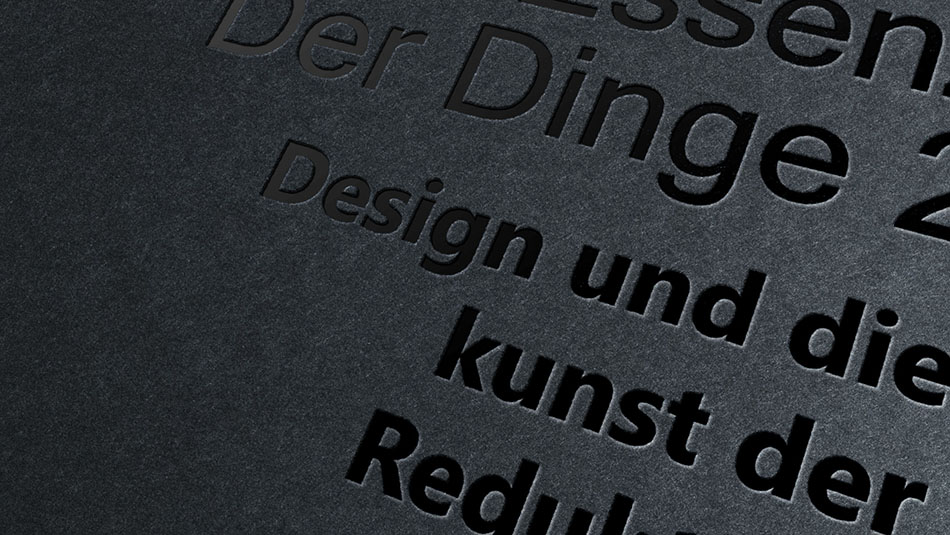 Proposal of a Poster / Flyer for fictitious one republication of the exposure of the same name in glazed design Museum.

A proposal in shades of gray and black for simplicity and silence perceived in the essence of things. So I decided to deepen this notion of essence with the idea that we could say that that of all things lies in the primary reflection that gave it the day, a silent and impalpable thought. Hence this proposal of an almost total flatness representing the poetic silence of all creation as being its essence. 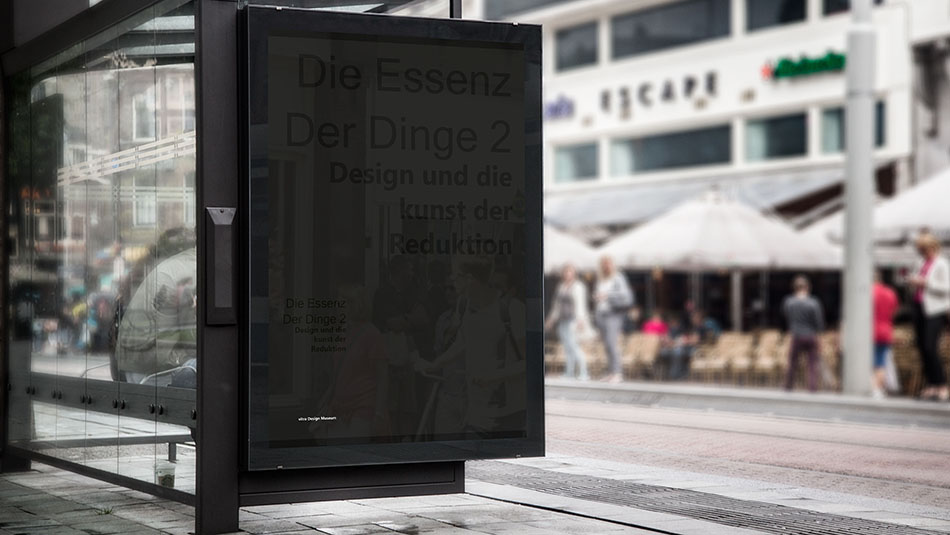